When you collect anything seriously, you develop sources. Eyewear is no different. One of my best was a very old man, with a long scar on his face and an archaic Brooklyn accent, right out of a 1930s gangster movie. His name was Jimmy. Anytime I was looking for something unusual, he seemed able to get it. I bought a lot from him over the years, but the most intriguing piece he ever sold me was a pair of granny glasses made of baleen.

This was no ordinary piece. Baleen frames are very unusual in and of themselves, I’ve only run across a few, but it was the lenses that fascinated me. They measured about 2 diopters of nearsightedness and were of a bluish tint, with a few subtle impurities. I suspected they were very old, so, eventually, I showed them to a contact at the American Museum of Natural History. He told me the frame seemed to have been crafted with stone tools and was likely Inuit in origin. The lenses, beautifully ground, didn’t seem to have been made with conventional tools either. He found the piece interesting enough to carbon date it.

The glasses apparently dated back to around 300 A.D. – which was impossible since refractive lenses wouldn’t be invented for another thousand years – lenses for nearsightedness wouldn’t be invented until a few centuries after that! This, of course, threw the accepted narrative of the development of optics out the window.

As an artifact, the glasses were beyond priceless. But as technology, they might have been worth even more.

I’d asked Jimmy where he got them several times, but he was always evasive. Upon discovering their importance, I immediately set out for his home in Brownsville to find out more – only to find his wife of many years, Rose, who informed me he’d passed away a couple weeks earlier!

My best chance of learning the provenance of the glasses had been lost. But his wife’s loss was greater. The large red bag Jimmy had kept most of his treasures in lay draped by a mantle, empty. It was mid-December. There was Christmas decor out. It was a sad tableau.

We had seldom said more than “hello” and “goodbye” to each other prior to that afternoon. I actually knew little about Jimmy. He was always quite circumspect about himself and his past. I asked her how they met. She was grateful for the chance to talk about him and remember. I was about to learn why he’d been so circumspect.

He’d been a Gangster. During prohibition, he’d worked for The Chicago Outfit – Johnny Torrio and Al Capone – in the Alaska Territory overseeing the importation of bootleg whiskey from the Far East. It was there he’d obtained many of the treasures I’d bought from him over the years. Apparently, he traded in precious artifacts as a sideline. As this sideline grew it became lucrative enough to support him, and he “went straight”. They met at a dance, at some point during his transition from gangster to curio dealer.

It was a long shot, but I asked:

“Do you remember anything about those glasses made of baleen – like whalebone – I bought from him?”

“Yeah. He said he got those back in Alaska. Traded for them from Eskimos.”

I spent the rest of the afternoon listening to her memories of Jimmy and their adventures together. That night I booked a flight to Alaska to do some field work and try to find out more about the glasses.

Jimmy’s former location had been remote: far up the West Coast near the Arctic Circle. I arrived a few days before Christmas; a land of almost perpetual night. It was a real winter wonderland: all coated in snow like glowing enamel, lit by clouds of articulated stars that billowed across the sky and illuminated it shades of purple.

I found a cabin to use as my base of operations. It was wood with a brick fireplace and chimney. There was a generator, but the fuel tank was small so conserving energy would be necessary.

There’d been some recent, violent polar bear attacks in the vicinity. I’d been given a shotgun upon being dropped off. I can’t say I was a happy camper, but I was after the eyewear version of the Ark of the Covenant. I intended to stick it out. There were a few small villages of indigenous people within a hundred-mile radius. I’d rented an ATV. I hoped to have the trip wrapped up by New Year’s.

My first full day there I visited the nearest northern village up the coast, showed the leaders the baleen glasses and asked if they’d ever seen any other pieces like them. They showed me some recently made pieces of craft – tried to sell them to me, in fact. I explained the specificity of what I was looking for and they agreed to help me investigate further.

That night I turned the generator on for a couple hours. I recharged my computer and connected to a satellite-based internet service. I then microwaved a meal, and streamed “It’s a Wonderful Life”. I placed the baleen glasses on a mantle. Reflections of lamplight and Bailey Falls flickered across the lenses and smooth surfaces. Snow had begun to fall outside. I drifted into a deep sleep.

A loud noise outside the cabin jarred me awake just as George Bailey was being ejected from Nick’s Bar. Loud animal sounds, a thunderous thump, then heavy footsteps. I launched myself off the couch, towards the shotgun mounted on the wall. The source seemed to be near the back of the cabin by the chimney. I remembered there was a back door. It occurred to me: the smell of my dinner had probably carried for miles!

I grabbed the shotgun. It was a 12 gauge. Was it enough firepower to stop a ten foot tall, thousand-pound bear? And where was the ammunition? I had no idea!

Just then the fireplace was snuffed out by a shocking burst of wind!

Black, fur trimmed boots dropped down from the chimney.

A fat man in a red suit, stocking cap, and white beard was wearing them. He touched down with the practiced élan of a commando.

“Who are you!?”, I demanded. He seemed jolly. Too jolly. I pointed the gun at him.

“A home invader in a Santa suit.”

“Ho, ho, ho!”, he replied, and grabbed my hand. He pulled me quickly into the fireplace and we shot up to the roof as if the chimney was a pneumatic tube. He gestured toward an ornate sled parked there with a team of reindeer in harness. The lead one had a red, incandescent nose.

I was sure this was all a hallucination or dream. What was Santa Claus doing here?

“But it’s not Christmas Eve yet.”

“This isn’t a gift run. I’m here about something else.”

I looked at him quizzically. He grabbed my arm again. We shot back down into the cabin. He explained.

“Many years ago, when I resolved to spread joy all over the world… My first year…. I didn’t think I’d be able to make it… Think about it! It was a manufacturing and logistical nightmare! I didn’t have the resources, the personnel…. The elves were inexperienced, and there weren’t enough of them. And I had a hard deadline… So I farmed out a lot of work to local craftsmen. Native people who lived near the North Pole…

“They were magical; specially designed for my eyes by a shaman…. They could bend light so I could see over the horizon line, and take better routes, navigate bad weather…. My efficiency increased enormously… Going forward, every good little boy and girl all around the world got the gift they deserved.”

He paused. His expression darkened.

“I was surrounded by gangsters! with Tommy guns! They stole all my presents…. And my magic gift bag… And my spectacles, too.”

“I could replace the gift bag, but not the spectacles…

“Since they’ve been gone, I haven’t been able to see well enough to finish my route on time. Many homes are missed every year. Deserving children go without gifts. There’s been a lot of disappointment… All that missing joy has had a terrible impact on the world. We’ve had The Depression; the rise of Hitler; Stalin; WWII; the Atom Bomb…. The Cold War, the Korean War, the Vietnam War, the War on Terror…. Perpetual war.

“Had I been able to spread joy properly, I believe the last century would have turned out better… If I could get those spectacles back, the future might shine a little brighter.”

Silence, as all this sank in.

“Son… I think you have my spectacles”.

I gestured toward the spectacles on the mantle. He picked them up, looked through the lenses and nodded. I leaned forward.

“One question: those gangsters that robbed you… Did any of them have any unusual identifying features?”

“Yes! One had a long scar on the side of his face.”

So Jimmy and his gang had ambushed and robbed Santa Claus. As we spoke more, I learned that red velvet bag he used to pull all those little treasures he sold from must have been Santa’s magical, self-replenishing gift bag.

I sighed. Giving up those baleen spectacles would be a massive sacrifice. It was the most significant piece of eyewear on earth. But you can’t refuse Santa. It’s bad karma. Besides, the future happiness of the planet was at stake.

But the glasses were priceless. More importantly, their lenses represented new technology that could benefit a lot of people.

I thought about the situation a moment and then leaned forward.

Santa got his glasses back. Christmas around the world improved immensely from that year forward. (Hanukkah, too!). Maybe the world became a little happier. I wouldn’t know.

He was willing to share the optical technology embedded in his spectacle lenses. A team of research scientists at a remote government lab is studying them as you read this.

But that wasn’t quite the end of the story.

Just as Santa and I shook hands and raised an eggnog toast… Something huge smashed against the back door and splintered it open!

It was a polar bear!

It stared at us and bared its teeth. Its nostrils shot angry jets of steam into the cold air.

It roared and started racing straight at us! 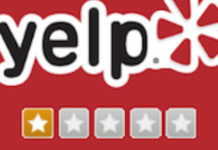